Email Us
Home | John Deere Golf: Trusted by the Best
Back to the news list 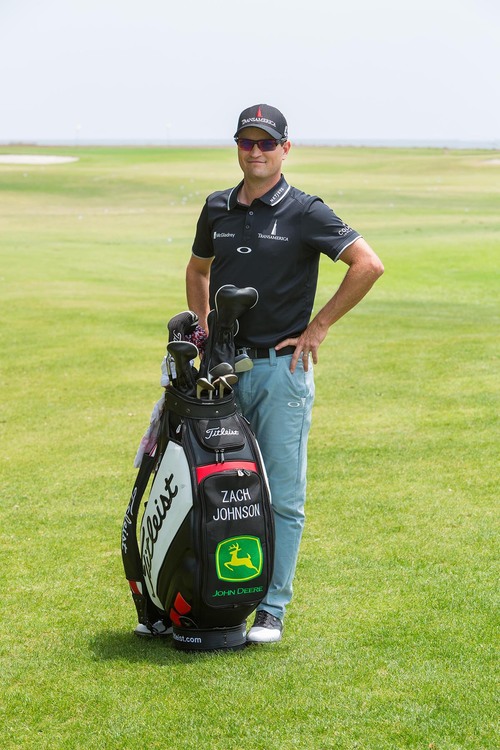 John Deere has joined in the congratulations to The Open 2015 winner Zach Johnson, who is featured in a new video in his capacity as the company’s brand ambassador for golf.

The video, called John Deere Golf: Trusted by the Best follows Zach Johnson as he encounters John Deere in a variety of ways. John Deere golf equipment has ties to every other product line in the company, and it shows in the technology that can be shared from a 20,000-acre farm to an 18-hole golf course.

The well-known John Deere trademark logo was displayed on Johnson’s golf bag throughout The Open Championship, as he won the Claret Jug at St Andrews after a four-hole play-off. The company became a corporate sponsor of Zach Johnson in 2014, and a proportion of its financial support goes to the Zach Johnson Foundation, which focuses on children and families in need.

John Deere has recently extended its official golf course equipment supplier agreement with the PGA Tour to 2023, and sponsors the John Deere Classic golf tournament in the US. This is held at the TPC Deere Run course in Illinois the week before The Open and was won by Zach Johnson in 2012. Another contender for the Champion Golfer title at St Andrew’s, Jordan Spieth, won the John Deere Classic for the second time this year, after his maiden PGA Tour victory there in 2013.

The video commentary emphasises the key role that greenkeepers and groundsmen play in the staging of all sports across the world. “In the end, it’s about helping those who maintain courses and fields all over the world to perfection, so those who play and perform on them can do so at their very best.”

And as Zach Johnson says at the end of the video: “Thanks for making my office look good!”