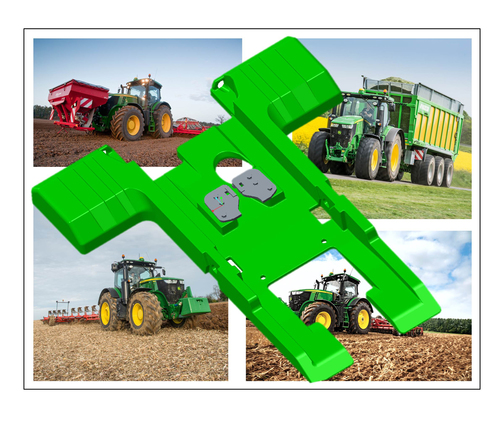 Following three gold and 10 silver medal awards at Agritechnica 2015, numerous John Deere innovations have also been recognised at this month’s FIMA fair in Zaragoza, Spain and the Fieragricola 2016 event in Verona, Italy.

“The number of FIMA and Fieragricola awards reflects the company’s ongoing commitment to research and development,” said Chris Wigger, John Deere’s Region 2 vice-president sales & marketing. “Following our series of gold and silver medals at Agritechnica 2015, these latest awards confirm that we are a true innovation leader in our industry.

“These innovations will help producers to enhance their equipment performance, improve machine uptime and reduce their operating costs,” Wigger added. “They will also help us to expand our large arable and contractor customer base. We remain fully committed to our policy of system openness and the integration of data captured on machines and with systems from other manufacturers.”

John Deere innovations are the result of collaboration between the company’s product engineering departments and its worldwide network of technology innovation centres, including the John Deere European Technology Innovation Centre (ETIC) in Kaiserslautern, Germany, and affiliated research partners.

In 2015, John Deere spent US$1.425 billion on research and development enterprise-wide, ie 5.1 per cent of the company’s equipment sales.